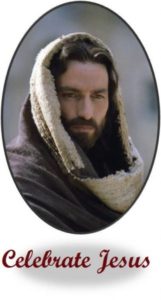 “Is this not magnificent Babylon, which I have built as a royal capital by my mighty power and for my glorious majesty?”

Pride first, then the crash, but humility is precursor to honor.

Life can be humbling for even the proudest and the most successful. Nebuchadnezzar was highly successful but he wasn’t thinking very deeply. His mind was consumed with trivial pursuits and shallow things but God got his attention and He can get ours as well. Proud folks are consumed with their own self-importance. They have a way of feeling invincible. The rich farmer is Luke 12 is another classic example of a person who was full of themselves and very poor toward God and others. The poor fool goes on and on about his wealth, success and his plans but have you ever noticed what he doesn’t mention or even consider. The first thing I see missing in his arrogant testimony is family. When a man talks about himself but never mentions the wife, children or grandchildren, something is bad wrong. He doesn’t mention or think about God who was the one who gave him his wealth and success. He doesn’t mention others. What about his neighbors who were poor? This fool is going to tear down good barns and build new barns when it is totally unnecessary. There was a simple solution to the fool’s problem–GIVE THE SURPLUS AWAY. Yet this fool never entertained the thought of giving anything to anyone. Like Nebuchadnezzar, God brought him down and He did it suddenly.

Have you ever seen a turkey or peacock strut? You can find it on YouTube. The male peacock can extend his wings to make himself appear much larger than he actually is and when he does it; he is showing off. It is his way of attracting the females. Turkeys do basically the same thing and for the same reason. All this does is make them a larger target for a hunter. The low profile is a much safer way to go. Our pride can be detected in the way we walk, talk and live but even if we manage to hide if from others–God always sees. So confess pride the moment a proud thought pops in your head. Don’t take chances: pray this quick prayer, “Lord I rebuke that thought. I do not want to think this way. Please forgive me.”

The only bad things about holidays is that don’t last long and Ryder and Ty didn’t get one; they had football practice. We had the Limestone County bunch down. Not all came but we had a pretty sizable crowd. My siblings were 100%. The kids pulled one on me, they made in a 50th Wedding Anniversary party as well. It was OK; I appreciated them doing it. They worked hard; especially on the decorations that I didn’t notice until that made me slow down and look. Hey, I love my kids and grandkids; party or no party. Who doesn’t love grandkids? I hope you had a great Labor Day and I hope you have a great week.