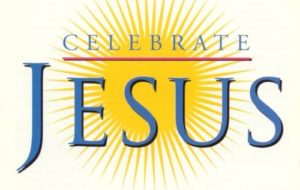 He {Satan} has always hated the truth, because there is no truth in him. When he lies, it is consistent with his character; for he is a liar and the father of lies.

“They are after you {freedom loving patriots}, I’m just in their way.”

The article in the September IMPRIMIS is by Roger Kimball and the subject in the January 6 Insurrection Hoax. Practically everything you heard from the media was a lie. Not one Trump protester was armed. The only fatality was an unarmed Trump supporter who was shot by the Capital Police. The oligarchy {elite ruling class} was very upset with the American people for electing a president that did not meet their approval. Just 19 days after Donald Trump’s inauguration, they began talking about impeachment; then there was the Russian collusion hoax which we heard for more than two years. Then it was the Steel dossier which was also a hoax. Trumps popularity among the masses was very upsetting to the ruling class. It was absolutely critical to their cause to frame an incident that would portray Trump supporters as radicals who are a threat to “Our Democracy”. Of course, they fail to mention that we live in a REPUBLIC, not a democracy. Public education, the media and the oligarchy hate that word REPUBLIC. So they took a peaceful protest to the crooked election and turned it into an act of domestic terriorism. To show you what hypocrites they are, they had condoned all the BLM riots which always evolved into looting and destruction of property but suddenly, one protest was a threat to national security and they had to call in 26,000 troops. Troops that were screened to make sure no vocal Trump supporters were among them.

The media is a joke and Washington D.C. is a theater filled with actors or a swamp filled with pest or as I frame, a stinky toilet that needed to be flushed. By bringing in the troops, they were sending all Trump supporters a message, “We are in charge now rubes and deplorables, and don’t you forget it.” Every level headed American knows that the election was crooked. What we have now is the first American President installed against the will of the people. The oligarchy made sure that Trump would be removed; they were not taking any chances and they worked their plan which was to rig the key states which they did very successfully. How could they fail? They control the Court, Congress, the media and the giant corps including the high techs. Freedom is no longer promoted: conformity is the order of the day. You do as they say or you will be canceled or demonized. If you disagree with them, you are a deplorable racist and a radical insurrectionist. How dare we elect Donald Trump without their permission.

This is all I am going to say, read the article. To get it online, go to imprimis@hillsdale.edu. They are lying to us folks. They have been lying for years. Abraham Lincoln was not a great president; he violated the constitution almost as much as Obama. We do not live in a democracy. Evolution is not a fact. Communism and socialism has never worked in any civilization. Lie, lie, lie, every time they open their mouth, it is more lies. Every lie comes from Satan the father of all lies.

Every now and then, I do what the left might call a political rant; I call it the TRUTH. O yes, the truth does offend some folks. Great day yesterday. I was not as tired last night as I thought I would be. I didn’t have time yesterday to take my nap or even to take off my shoes. When I went to bed the BRAVES were up 5-4 and when I woke up this morning June told me they got beat 9-5. I am not fond of the Astros anymore, I use to listen to them on the radio when I was a boy. Those were the days of Rusty Staub and the Toy Cannon {Jimmy Wynn}. I think Jimmy stood about 5’7″ although they listed him as being 5’9″. He used a big bat and was famous for his power.

Have a great day and a great week.