Woe to those who call evil good, and good evil; Who substitute darkness for light and light for darkness.

“If God doesn’t judge America, He will have to apologize to Sodom and Gomorrah.”

I’ve been quoting Mrs. Graham for a number of years. I was a sophomore in high school when she made the statement above. If God hasn’t judged America; it is proof of His infinite patience or it could be He is judging America as we speak. Perhaps the judgment spoken of in Romans one is in play…

Therefore God gave them over in the lusts of their hearts to impurity…God gave them over to degrading passions… God gave them over to a depraved mind, to do those things which are not proper, being filled with all unrighteousness, wickedness, greed, evil; full of envy, murder, strife, deceit, malice; they are gossips, slanderers, haters of God, insolent, arrogant, boastful, inventors of evil, disobedient to parents, without understanding, untrustworthy, unloving, unmerciful.

The ultimate judgment, according the C.S. Lewis is God allowing us to have our way. He reaches that point where He says, “Thy will be done.” He literally gives us over to our sin and selfishness and once that happens, it is all down hill. Nothing is more destructive than sin.

Evil is not only exonerated in our present culture, it is praised and lauded. The America I grew up in {50’s-60’s} honored the Bible as a sacred book but today it is hate speech. Now you and I know that there is nothing wrong with the word of God, it is mankind that is fouled up. Former Minister of Interior and Finnish lawmaker Paivi Rasanen, accused of incitements against a minority group, was taken to court. She quoted Romans one is a Tweet. The passage she quoted condemns homosexuality and got the left stirred up. Although they did not succeed in getting her behind bars {she was cleared of all charges}; they sent a message to the Christian world…“Shut up…Keep your beliefs to yourself…Christians are not free to speak the truth.” A cafe owner in Great Britain was recently asks by police to not display the Bible on a TV screen in his Cafe/Coffee Shop. He was showing a Christian DVD which shares the gospel and has several scripture quotes. He had the volume turned down. They threatened to arrest him if he didn’t shut it down. He sought legal council and then turned the TV back on. The Police were citing an ordinance that had nothing to do with his display of scripture within his cafe. It was a bullying tactic.

My generation never expected to see America degenerate to such an immoral state. I was shocked when the gays came out of the closet in the 70’s. As we look back, we can see that was only the beginning. I never dreamed that an American President would flaunt his adulterous ways and then have one promote same-sex marriage. The Democratic Party is a moral cesspool. To be a democrat these days, you have to be a Marxist or a pervert. Well maybe there is a third category–the idiots. Folks we need to PRAYER FOR REVIVAL IN AMERICA.

I apologize to the ladies who make up more than half my audience. I know you don’t like political rants; which is what one former secretary called these type post. Blame Perry Smith for telling me about the woman in Finland who was tried in a court of law for quoting scripture.

Busy day coming up: the Celebration of Life Service for Morris K. Edmonson is this morning at 11:00. 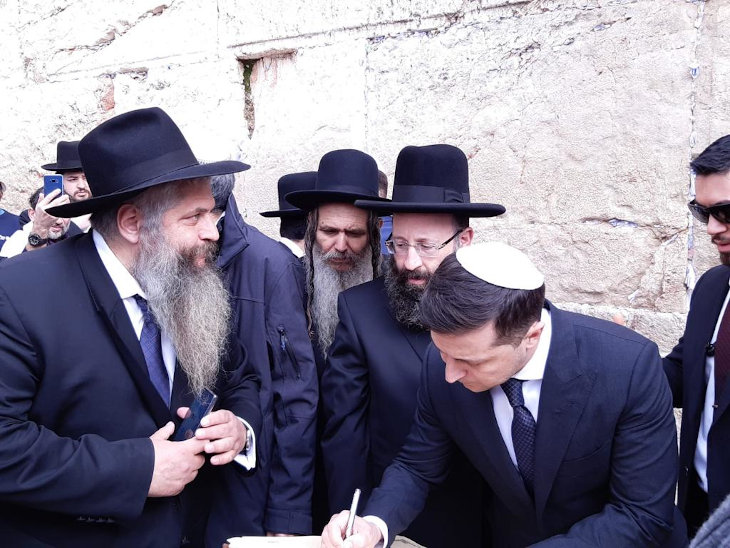 Zelensky, who was just 41 when he became Ukraine’s president, shot to fame in Ukraine when he appeared on a hit television show there called Servant of the People, in which he played an honest president. His fellow countrymen were sick of corruption, and elected the Jewish actor with a landslide 73% of the vote.

President Zelensky is Jewish (as is Ukraine’s former Prime Minister, Volodymyr Groysman). As he faces 100,000 Russian troops amassed at his borders, President Zelensky is hoping to fend off a Russian invasion, and has appealed to the example of the Jewish state, which vigorously defends itself from external enemies: “Both Ukrainians and Jews value freedom, and they work equally for the future of our states to become to our liking, and not the future which others want for us. Israel is often an example for Ukraine.”

Ukraine and the Jews

The Holodomor Versus The Holocaust

Holodomor is the Russian word for “starvation.” In the 1930’s Joseph Stalin literally starved millions of Ukrainian farmers to death. I was taught 12 million when I was in school but now that number is disputed. When a Texas congressman made a recent statement about the millions of deaths caused by the communist, Jewish organizations didn’t like it. They accused him of making light of the holocaust. He was not making light of the holocaust: he was merely reminding us of the history between Russia and the Ukraine. Since aristocratic Jews lean toward communism, they defend Stalin. There is little doubt that Stalin was antisemitic and that he is responsible for the deaths of millions of Jews. He covered his antisemitism by never making the Jews his primary target but in secret, he was eliminating them. He was paranoid. He was afraid they were supporters of the United States who by the way was the first Nation to recognize the State of Israel. Ironically, the Jewish controlled media, wants Hitler to be the lone villain. They cover the truth about Stalin. My conclusion is that they do so because they favor communism.
{I came across this quote in my research}