We keep looking to the LORD our God for His mercy, just as servants keep their eyes on their master.

Faith is the spiritual vision of the believing soul that looks beyond this present reality and circumstances. 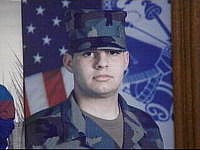 Faith is looking up to God. It is seeing beyond the visible to the invisible, peering beyond the temporal to the eternal, squinting beyond the physical to the spiritual. Faith keeps it’s eye on Christ the way a servant or slave kept their eye on their master. I know that some folks are offended by any analogy that involves slavery but in ancient times, slavery was a common phenomenon in practically every culture. The Israelites, who were slaves in Egypt, became slave owners in Canaan. Sometimes these slaves were other Israelites. Slaves had no rights: they belonged to their masters. They were totally dependent upon these masters for everything: instruction, provision, shelter and protection. Even their purpose was determined by the master. Likewise, Jesus is our LORD and Master: we are totally dependent on HIM. He saves, guides, protects, provides–He fulfills our every need. As a slave kept their eye on their master, we are to keep our eye on Jesus.

The first verse of Psalm 123 goes like this…I lift my eyes to you, O God, enthroned in heaven. We live is a world of sin, darkness and chaos so how can we see God enthroned in heaven? How can we see heaven at all? We cannot see it with our physical eyes; it is only by faith that we can see heaven. It takes FAITH to see beyond this present reality. Note the definition of faith in Hebrews 11...Faith is the confidence that what we hope for will actually happen; it gives us assurance about things we cannot see. Faith enables us to see the unseen. I have been to the Jerusalem in Israel: I have seen it with my eyes. I have not seen the New Jerusalem, not with my physical eyes and yet I do believe that it exist. Why do I believe such a thing? Because I believe the bible and the bible tells us about things we have never seen. If I can see it with the physical eye, no faith is needed. This is why God keeps these things out of our sight: He wants us to trust HIS WORD. He demands faith; it is impossible to please Him without faith.  God does not give empirical evidence for a reason and that reason is–He wants us to live by faith. Faith is not empirical knowledge or physical proof; if it was, it would not be faith. Faith is believing something is so, even though it doesn’t appear to be so, simply because God said so.

A word that I come across and use often is the word transcendent. When I say that God is transcendent, I mean HE is beyond or above the range of normal or merely physical human experience. He existed before creation and therefore He is a separate entity. God is not dependent upon creation: He is above and beyond creation and  not subject to the limitations of the material universe. In order for our sin to touch HIM, He had to become a man which He did in Christ. God is light, pure light. Light is a substance, darkness is not. Darkness is simply the absence of light. Light is also uncontaminatible. You cannot corrupt light. A part from the incarnation, our salvation from sin would be impossible. If you want to know why CHRISTMAS is a big deal to me, this is why. Had Jesus not come to this planet, we would have no hope. Our sin debt would have to be paid by you and I personally in hell.

Tuesday night, those kids heard the gospel and they responded in faith, they believed, they put their trust in Jesus and none of them has ever seen HIM. They responded not to a visible manifestation but to the WORD OF GOD.

Psalm 123 ends with a prayer…Have mercy on us, LORD, have mercy, for we have had our fill of contempt. Nancy Leigh DeMoss has a great analogy about mercy that I want to share with you.